Vcyclenut's journey to the world of ECU flashing 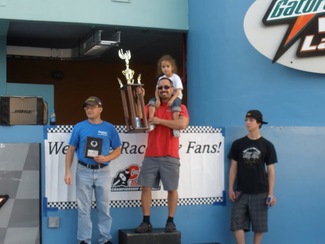 Hi I am David

I'm 50 years old,  father of two awesome daughters and husband to the most amazing woman I have ever met.

My life with motorcycles started when I would ride sitting on my fathers tank because I was too small to sit behind him. When I was 9 I got my first bike, a  1971 Honda  XR75, It was the best Christmas gift I ever got:). Within a short time I graduated to two strokes.  Shortly after that my father got sick of rebuilding them for me and taught me how to rebuild the top end of my bike.

From then, until about 2000, I worked on my own bikes and cars.  I messed up plenty of things along the way.  I eventually got to the point that I was doing valve adjustments on shim under bucket motors for myself and for friends.


In 2000, I started road racing, using my street bike at the time a 1999 R6.  I couldn't afford to pay someone to tune it so I learned as I went. I degreed the cams, added a thinner head gasket, made some air filter and air box mods, and spent a full day  on a dyno tuning the carbs.  There were four of them, so every adjustment would take about an hour and I would stink like gas for days.  By the end of the day my r6 was putting just shy of 120 hp to the wheel on nutec fuel and 114 on pump gas. It didn't take long for word to get out and soon I was tuning other R6's.

In 2002 I bought my first fuel injected bike, a brand new GSXR750.  I put 500 miles on it and turned it into a race bike. I added a full exhaust and then  a fuel nanny for fuel control. Originally I was intimidated by fuel injection but soon loved that I could make changes just by turning a couple potentiometers. The fuel nanny was pretty crude and just like setting up carburetors was a compromise of settings. 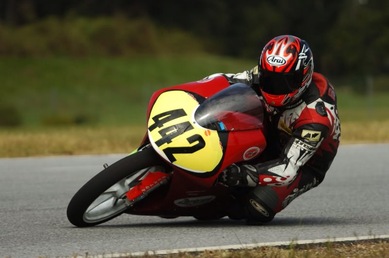 Fast forward a few years and I'm riding a 2006 R1. I  came up with the contraption pictured below to make custom fuel maps.  It data logged air fuel ratio vs rpm vs  throttle position.  This worked REALLY well but took a long time and many miles of riding to tune  each bike. I used this device for a couple years on many of my own and customers bikes . 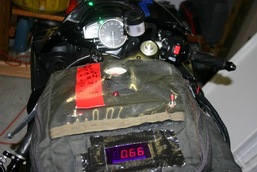 The introduction of the PCV and autotuner was a big deal for me. There was a definite learning curve to get the best out of it but it was so much quicker  once I did.  After using it for a couple years I began to run into  the limitations of the device and no longer use them.


Currently I use a data logger to gather information while riding the bike on the street and to tune for maximum ride ability.  Data logging on the street allows me to fine tune the part throttle much more precisely then can be done on any dyno.  After getting all the part throttle stuff worked out I  then use my  dynometer to adjust full throttle settings to make the  best power.   My flashes  are powerful, reliable and efficient.    The combination of data logging and dyno tuning is 100% the best way to tune.   No longer do we need to compromise one part of the throttle for another or one are of rpm to make another area better.  My flashes are fine tuned in all rpm's and throttle positions.


In 2012 I bought a new R1 and the original flash tune device and a whole new world opened to me. I could not believe the adjustments and improvements I could make. I quickly realized this was a great opportunity. So I set about developing complete flashes for my bike first stock then with a slip on and then with a y pipe added and then with a full system. I put an add on e bay and flashed by vcyclenut was launched.  That was September  of 2012. 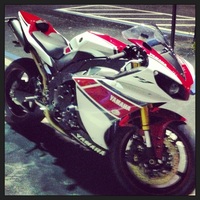 After a few months of the positive feedback rolling in, I started to get a lot of requests for R6's and 07-08 R1's. I found a few people locally that allowed me to use their bikes as guinea pigs to develop these flashes. Soon I was flashing all three bikes.

Things were going along very smoothly, nothing crazy till about March of 2014 when a customer of mine recommended me to the R6 forum page on face book.  Since then it has been pretty crazy as my reputation expanded I just kept getting more and more busy.

A few months after its introduction I saw an FZ09 in person.  For me,  it was one of those, "ohh I got to have that",  kinda moments.  Then when I researched it and found the ECU was almost as adjustable as an R1 and R6.  My mind was made up, and an FZ09 soon resided next to the R1. I followed the same steps and developed a unique flash for the fz09 that compliments the natural strengths of the bike.

The announcement of the Kawasaki H2sx was another big moment  for me!!  I felt like Kawasaki was listening to me when I read what they were building.  I contacted a couple local dealers and found one that would work with me and get me one of the first ones and put down my deposit.   The serial number on my frame is 007 :)   As you can see from my H2sx page the results with the flash and modifications have been INSANE!

Things are continuing to grow and I am always  looking to add new products and services that represent value and quality!!  I only add new bikes to my mail in flash list when I am sure I can do a great job with it.


I have developed my flashes from the ground up with smoothness of throttle,  power delivery,  and fun being my number one priorities.  Peak hp gains vary from model to model and can be significant but any peak hp gain is just a bonus.  The bike will feel smoother and more powerful throughout the power band.  When you twist the throttle on a bike tuned by flashed by vcyclenut you will see exactly what I mean.